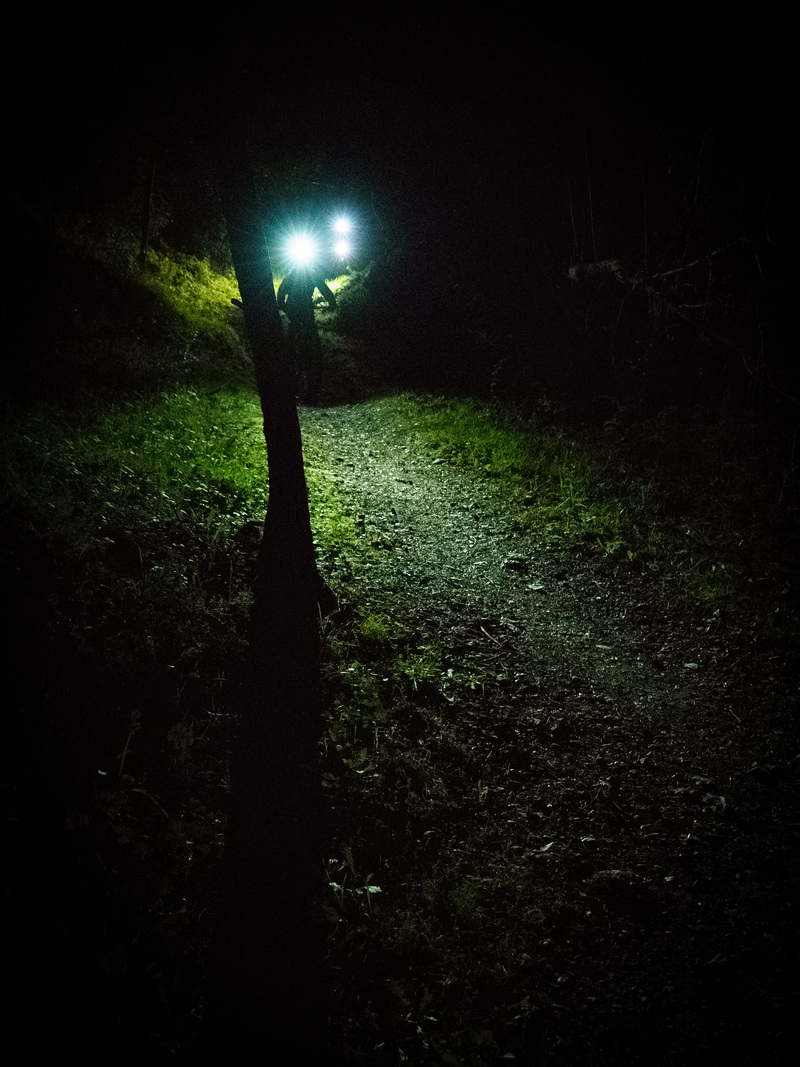 When I tell people I’m heading out for a mountain bike ride at night, I usually get a look of surprise and concern. With mountain biking’s reputation as an “extreme” sport, the idea of adding darkness to it seems insane to most. Of course, the mountain biking I do isn’t like what those same people associate with the term, which usually looks more like Red Bull Rampage.

While I don’t think of it as inherently more dangerous, night riding does make a trail that might be boring during the daytime much more interesting. Modern LED light sets made for bikes have improved to the point that they put out as much light as you might wish and last a long time, using smaller batteries than ever. Adding to the appeal is our weather this year: here in California, our winter looks downright lovely to most of the country. Crisp, clear nights have made the riding this winter super enjoyable.

The downside of riding at night in this area is that it’s illegal; almost all open spaces here close at sundown. That’s unfortunate in large part because it seems relatively arbitrary. I think that most land managers are worried about lawsuits if someone gets injured at night, and don’t really want to have rangers on staff all night. Of course, that means that we’re really hoping to not run into any rangers who are on duty, since they issue pricey tickets if they catch us. The alternative—riding solo on a trainer indoors to keep fit—is so much less appealing. Given how many I see out on the trails, it’s a risk quite a few dedicated cyclists have been willing to take.