I’ve been wanting to kickstart some photography projects for awhile and have finally made some progress on them. First, I’ve been amassing studio lighting gear for a couple of years now, and some earlier efforts have been posted here, mostly portraits of Ainsley. Since getting my Elinchrom lighting kit, I’ve done more playing around and researching, and ended up recently getting a used battery-powered Profoto light, the AcuteB2 600 AirS. 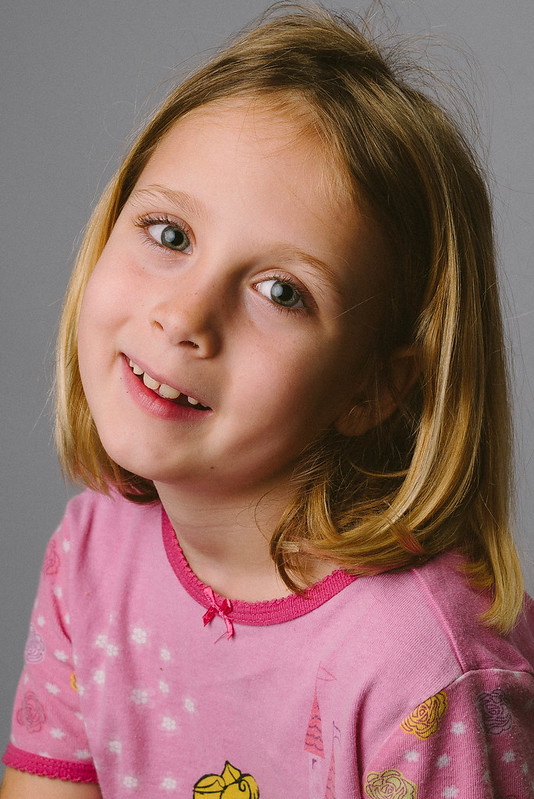 (If I have any complaint about the Profoto pack, it’s the power adjustment. Whereas the Elinchrom can adjust in 1/10th of a stop linearly, the Profoto has a weird system where one switch drops from full power to -2 stops, then to -4. Another dial allows for another 2 stop variation in 2/10ths of a stop increments. The Profoto is more flexible in range, offering a 7-stop range, compared to 5 stops for the Elinchrom monos.)

In the meantime, I’ve done a couple of paid gigs to help pay for the hobby. They’ve been corporate headshot sessions, which has been quite a lot of fun. One recent marathon session (with 13 subjects!) produced over 1000 exposures in a day, which I’m now editing down to give the client some selects to choose from. I’ve got a couple more sessions coming up in the next couple of weeks, so busy busy.

Seemingly contradictory to this, I’ve been interested in doing a one camera, one lens, one year project, which I originally saw on The Online Photographer. The original challenge posed back in 2009 was to do this with a film Leica, a 50mm lens, and black-and-white film. That original proposal has some real romance, but I had such a hard time with the prospect of going back to film that I never jumped in. There were many variants suggested back then, but Johnston recently promoted “The Digital Variant”, which is pretty much what it sounds like: using a single digital body and lens for a year, and printing with those files. Now that’s a challenge I can get behind. 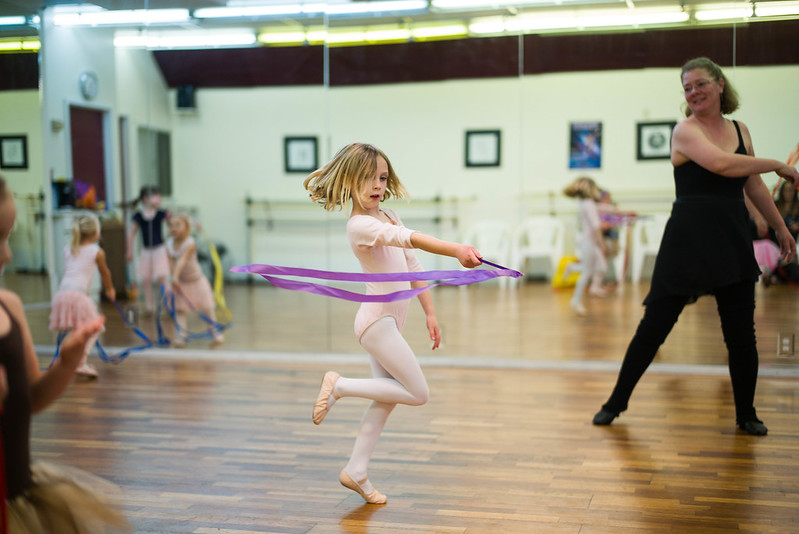 As anyone who reads this blog knows, of late I’ve been drifting away from my Nikon gear in favor of my Fuji setup. Shooting the portraits has really made me appreciate my Nikon again, and I’ve been getting great results with it. But when it came time to commit to one body and lens for a year, I was having real problems.

I went so far as to buy the Fuji X-T1 (Graphite Edition), thinking that was going to be the body, and I’d mount my 35mm f/1.4 lens for the year. I really like the viewfinder on that camera, but decided it wasn’t the body for my upcoming year: it was a regression from the X-E2 in a number of ways relating to handling, significantly in the buttons.

In the back of my mind during all of this, I kept thinking back to Johnston’s original “Leica as Teacher” article, and its follow-up, “Why It Has To Be a Leica”. I’ve never shot with a Leica, and the idea of using one seems to mesh well with the back-to-basics theme of the project; even modern Leicas are operationally basic compared to other digital cameras. There are a few well-respected Leica dealers in the Bay Area, and I headed up to Camera West in Walnut Creek to put my hands on an M. 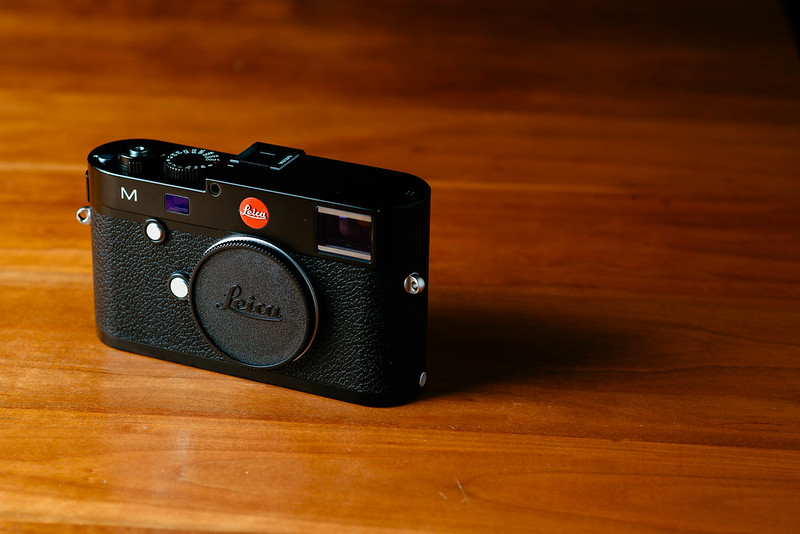 It was intriguing, but Leicas are notoriously expensive, and I really wasn’t sure I wanted to try and swing the money for one, which would surely involve selling off a lot of gear. Leica has a “You and Leica M” test drive promotion going on, but no dealer in the area had a test drive camera available. (As an aside to anyone who has any influence on this: if someone in this area drives 50 miles just to hold a camera, you might want to get that person a test drive camera; they’re probably serious.)

I went home pretty much decided against the Leica due to cost. Over the next couple of weeks, I shopped quite a lot and got to try out the camera of the moment, new Sony A7II, which I ruled out immediately. It’s impressive that there’s a stabilized full-frame sensor in there, but the machine just isn’t satisfying to hold or use and its lens line up is a yawner. That said, it’s improving quickly, and I can easily see a future where I have a Sony body, despite my reticence toward supporting them as a company.

All the while, I’d been trolling eBay to get a feel for the thriving used Leica market. The M240, the latest M body, is getting close to due for a replacement, and there are plenty of bodies in good shape on the market. The lens I decided I’d use, the Leica Summilux-M 50mm f/1.4 is wonderful–it’s a major motivator to go with Leica at all–and I love the images I’ve seen from it. That lens holds its value exceptionally well, but there are copies readily available. 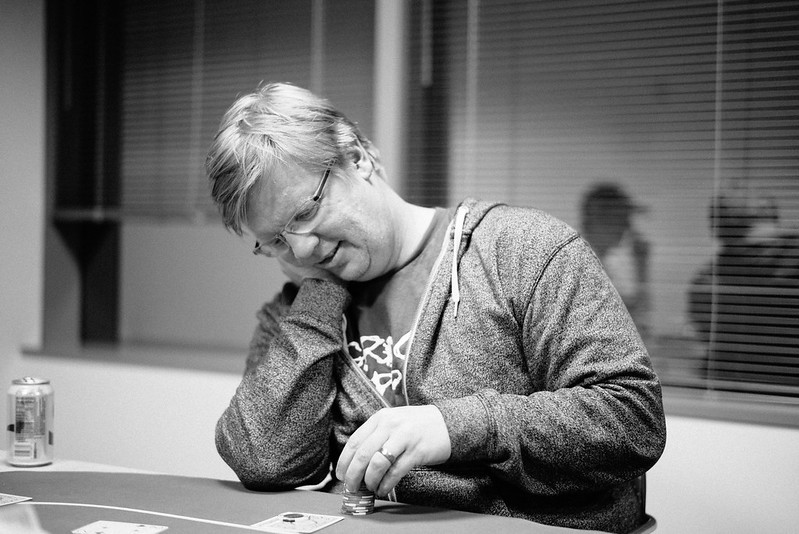 I decided to jump in with the Leica M and Summilux after finding a good deal on the body and a pretty good deal on the lens. (“Good” by Leica standards still resulted in easily the most expensive body-and-lens combo I’ve ever purchased.) The body arrived today, and the lens is on its way. I’ve sold my Fuji system, and will get rid of most, if not all, of the Nikon gear to fund the Leica after I complete the upcoming shoots that I have planned for it. By definition, I won’t be using any of it for a complete year, and it doesn’t make sense to hold onto it all in the face of that.

I’m excited for the upcoming adventure, which I’ll go into in more detail in another post, since this is long enough as-is.